For those of you who’ve never heard of Jeju (I hadn’t heard of it until we came to Korea), it’s a volcanic island off the southern coast of Korea. It’s fairly small, oval-shaped, with a population of roughly 600,000, the dormant Hallasan Mountain volcano rising at its center and hundreds of “oreums,” or volcanic cones, scattered all over the island that basically look like small mountains. 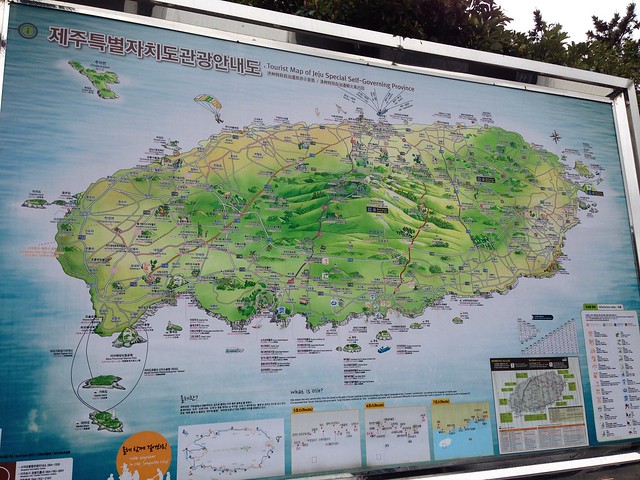 It rained for half of our time on the island, but I have to say, it didn’t ruin things one bit. In fact, the rain somewhat added to the “tropical” feel of the island (and kept away many tourists).

First, we checked out Jeongbang Waterfall, one of the three major falls on the island. END_OF_DOCUMENT_TOKEN_TO_BE_REPLACED