You often hear news of foreigners being imprisoned by North Korea. But did you know there’s a place where you can safely cross the border? (Mostly safely.) I’ll get to that later.

After months of living in Seoul, I finally got to visit the DMZ (Demilitarized Zone) and JSA (Joint Security Area) in Panmunjom. I shouldn’t be surprised that Koreans have made the DMZ a tourist attraction, but it’s still amusing to me that they allow steady streams of tourists into such a highly sensitive and politically charged area. In fact, our tour guide noted that, despite its name, the DMZ is the most militarized area in the country.

We booked a full-day tour that took us to the 3rd Infiltration Tunnel, the Dora Observatory, the Dorasan Station, the Freedom Bridge, the JSA and famous MAC Conference Room, and the Bridge of No Return. (Will had already been to the DMZ, but he hadn’t done the full tour, so some of this was new to him, too.) Here’s our spiffy tour bus. 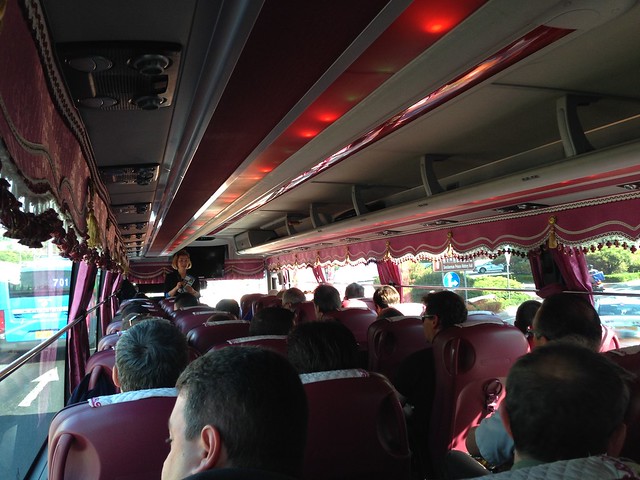 The DMZ is only about an hour away from Seoul. At a certain point during the drive up, I started noticing barbed wire fencing and guard posts along the Hangang (Han) River. If you look across the river, you can see the mountains in North Korea, which our tour guide said are bare because they still use wood for a lot of construction. She also said they believe the dark green patches are places where the North Koreans are hiding weapons. 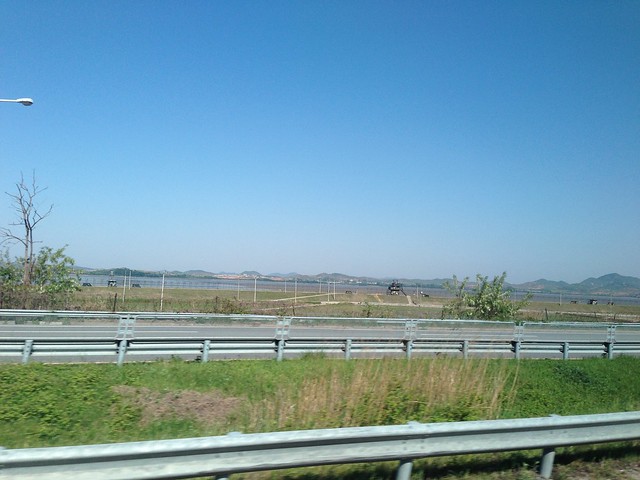 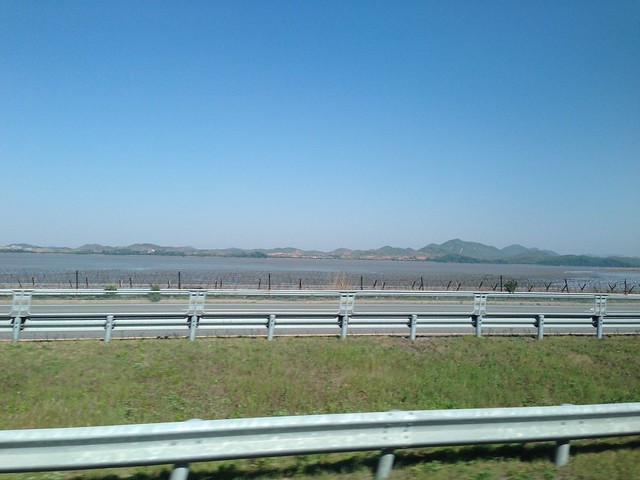 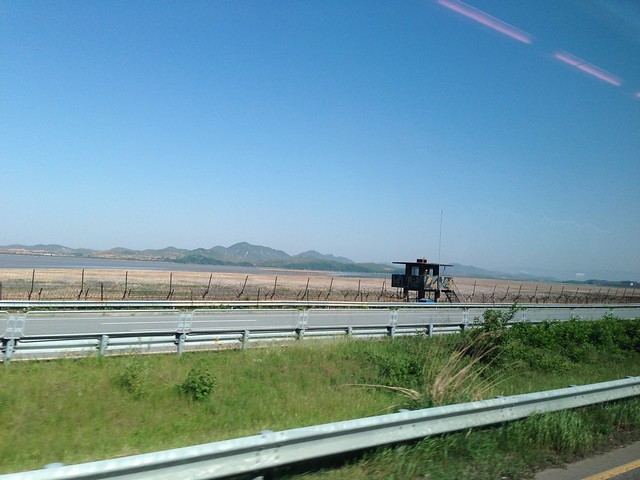 END_OF_DOCUMENT_TOKEN_TO_BE_REPLACED

Admission is free for the permanent exhibition, but varies for their special exhibitions (more on these later). The permanent exhibition is spread across three floors and is divided into the following sections: Prehistory & Ancient History, Medieval & Early Modern History, Calligraphy & Painting, Donated Works, Sculpture & Crafts, and Asian Art. I had no idea — until my guide pointed it out, of course — that the museum contains numerous Korean national treasures. These include including the Pensive Bodhisattva, Goryeo Celadon Openwork Burner, Ten-Story Pagoda from Gyeongcheonsa  Site, and Gold Crown from Silla. END_OF_DOCUMENT_TOKEN_TO_BE_REPLACED

Here’s one thing I never thought I’d do. Ice fishing!

While there are numerous ice fishing festivals across South Korea during the winter, we ended up going to the Mulmalgeun Yangpyeong Smelt Festival, which takes place in the Sumi village in Yangpyeong, about 1.5 hours east of Seoul.

We took a big tour bus out there (sweet) and were met by a tour guide. He showed us the fishing rods we’d be using and gave us our buckets and bait. Let’s be real. This is not professional ice fishing by any means. As you’ll see in our photos, the fishing rods are plastic, the hooks were tiny, the bait was tiny — well, then again, smelt are tiny fish! BUT the important thing is experiencing something new. END_OF_DOCUMENT_TOKEN_TO_BE_REPLACED

I’ve been curious to visit the new Seoul City Hall building since I first saw it. Its striking wave-like glass design makes you wonder what kind of modernities you might find inside. Here’s a picture from a previous post in case you’ve forgotten:

Little did I know, you actually can go on a self-guided tour of new (and old) City Hall — they make it easy by providing small booklets that guide you step-by-step through the various things to see. I was just looking for a place to grab a drink and do some work, so that was a pleasant surprise.

A bit of background before I take you on part of the tour. The new City Hall opened not that long ago in 2012. It has 13 floors above ground and five floors underground, and is designed to be eco-friendly, of course.The former City Hall, which sits in front of it, was turned into the Seoul Metropolitan Library. END_OF_DOCUMENT_TOKEN_TO_BE_REPLACED