It’s hard to believe we’ve been in Seoul four days already. Hard to believe we’re on the other side of the world, period. The flights were kind of brutal, I won’t lie. Especially the third flight which was almost 15 hours. But Koreans know the routine — many of them lay down across seats and slept much of the way. Perks include free movies and lots of free meals. I sat next to a lady currently stationed at Osan Air Base. There are several military bases around Seoul. She gave me some good tips about living here, which was nice.

We’ve spent the first few days getting to know our neighborhood, which is the central business district of Seoul. So many places to see and things to do within walking distance from our place.

Our first day, we ventured out to Seoul Station, the subway hub. Beautiful structure housing the Lotte Outlets (not so “discounted” prices…), Lotte Mart (more on this place later) a food court and many other shops and eateries (including several American chains). 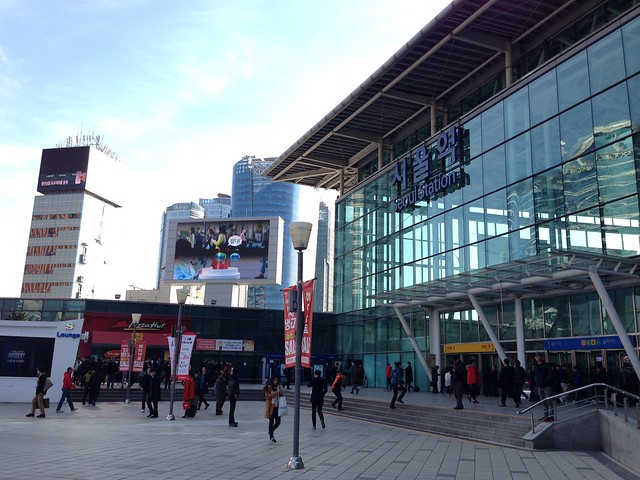