The Lotus Lantern Festival in Seoul was quite the celebration. For more than one week leading up to Buddha’s Birthday, which is a national holiday in Korea, the city hosted numerous Buddhist events and decorated its sidewalks with bright, colorful lanterns. The traditional lanterns are made with hanji, a tough, Korean paper made out of the inner bark or fiber of mulberry trees.

First, we witnessed the massive gathering in Gwanghwamun Square for the Conference for World Peace and the Reunification of Korea. It was organized by the Great Equal Assembly of Ganhwa Seon — part of the Jogye Order, the country’s largest Buddhist sect, which practices Seon (aka Zen) buddhism. If you look closely in one of the photos, you can see the large group of monks sitting right in front of the stage. 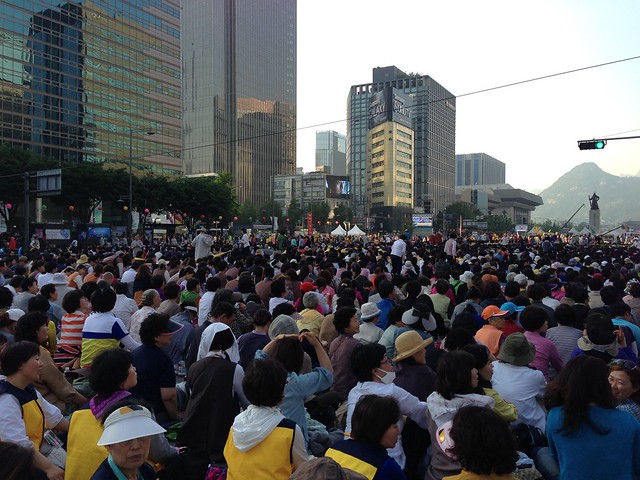 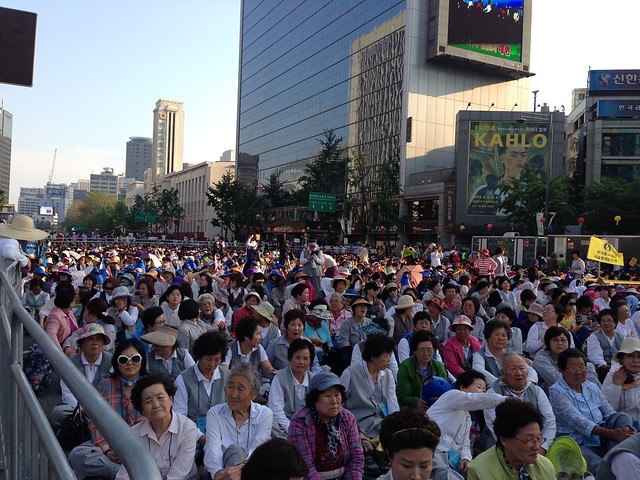 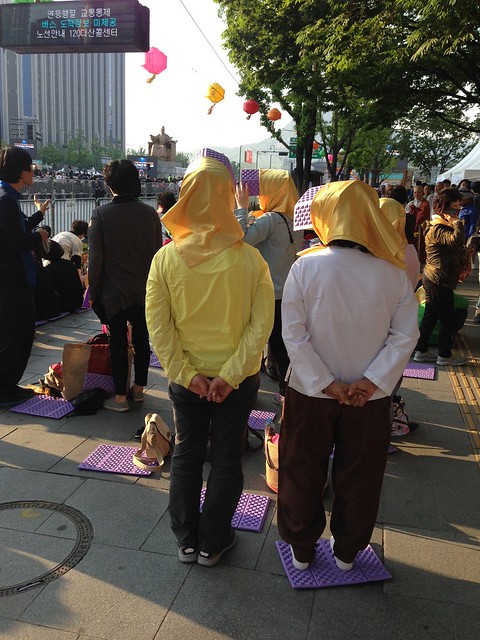 END_OF_DOCUMENT_TOKEN_TO_BE_REPLACED

After dinner and ice cream with some friends last night, we bundled up and made our way to the Bosingak Belfry (not far from the other NYE festivities at Seoul City Hall) to experience the New Year’s Eve bell-ringing ceremony. We got there around 10:30pm and it was already super crowded! As expected. Police everywhere, people pouring out from the subway station, from every block trying to grab a good viewing spot. I could barely see over people’s heads. We stood in one cramped spot across the street from the Belfry for almost an hour, and then suddenly, police opened up the street and let the crowds flow into the street, closer to the pavilion — which was awesome for us! Because now we were much closer to the action.

A live rock band took the stage around 11:30pm, followed by some traditional/folk dancing and the presentation of the people who had the honor of actually ringing the bell that night. I couldn’t understand a word they were saying, of course, so I’m not sure who they were, but I imagine various noteworthy figures from the community.

At exactly 10 seconds ’til midnight, the crowd started counting down in unison, until the first gong! of the bell was heard. END_OF_DOCUMENT_TOKEN_TO_BE_REPLACED