One of Will’s coworkers was nice enough to invite us to a baseball game recently. Of all the things I’d planned to do during our time in Korea — visit historic sites, see traditional arts performances, etc. — I hadn’t thought to do something as ordinary as go to a sports game. But I am SO glad we did! ‘Cause it’s a whole other game here in Korea.

When we arrived at Jamsil Baseball Stadium, one of the first things I noticed was all the vendors outside, selling everything from food (dried squid, to-go boxes of fried chicken & more) to thundersticks/bambams and other fan gear. It seemed very convenient, just grab and go in. There were also many eateries and food stands, including western fast food joints like Burger King and KFC, dessert places like Street Churros and beer stands of course. You can bring your own food into the stadium if you prefer, too. 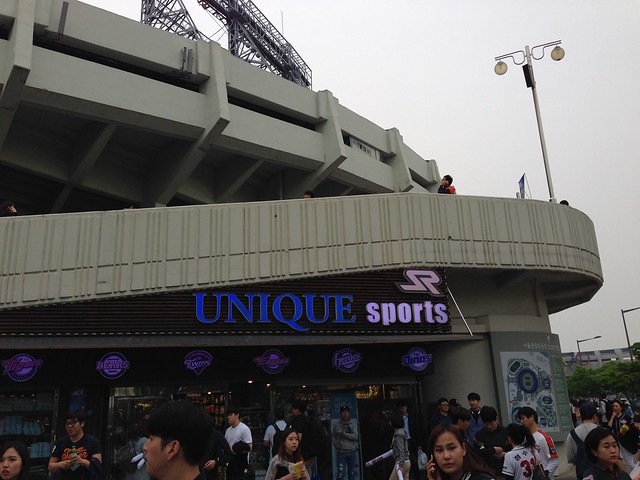 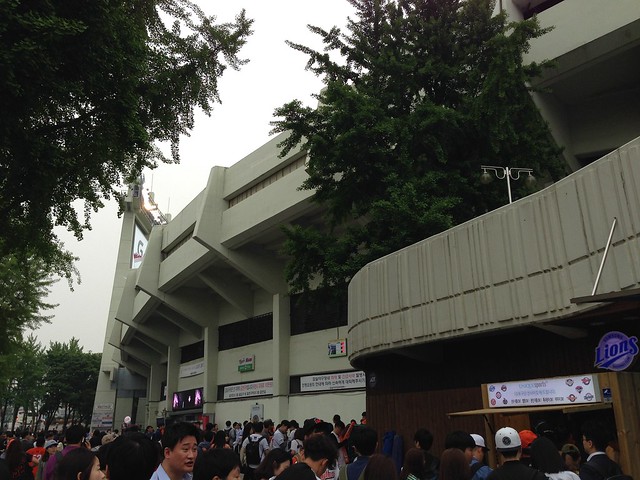 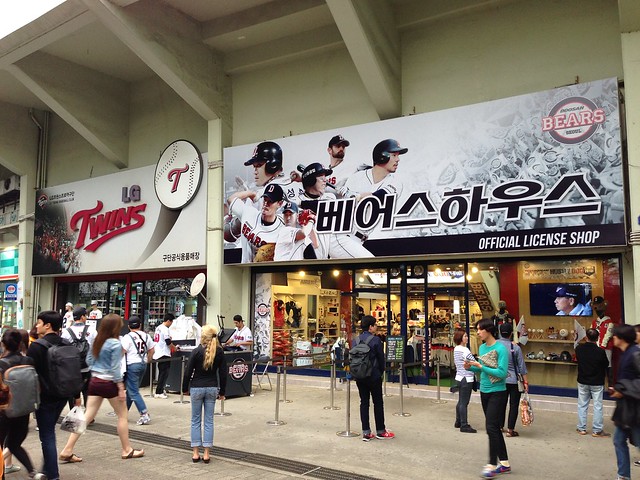 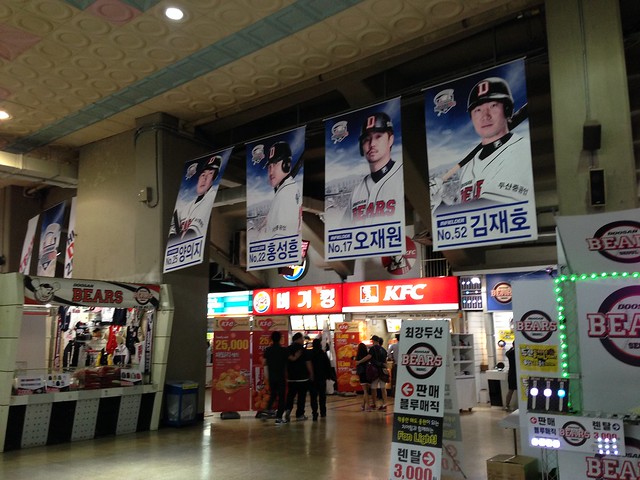 The game was between the Doosan Bears from Seoul and the Hanwha Eagles from Daejeon. Naturally, we sat with the Bears fans. I pretty quickly noticed it was going to be different than games back home. Not the game itself — the rules here are the same. I mean the energy of the fans! From the first to the last inning, they didn’t tire of rooting for their teams. They sang along in unison, loudly, out of their chairs, banging their thundersticks. Then the cheerleaders took the stage. And by cheerleaders I mean a K-pop style group of dancers that goes through wardrobe changes and everything. Here’s a clip below. 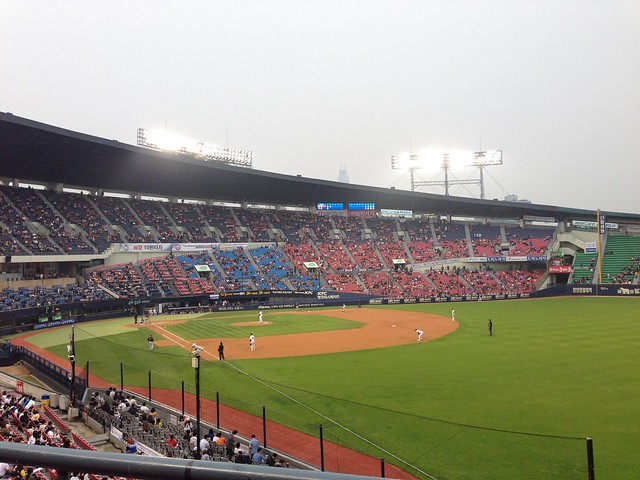 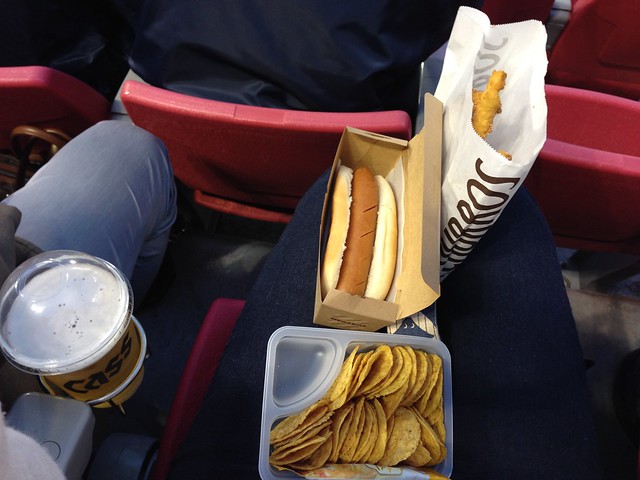 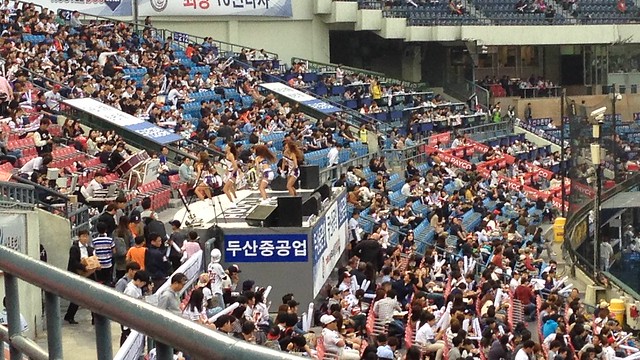 Here’s the head, male cheerleader revving up the crowd:

As batters go up to the plate, their personal song plays over the loudspeakers. Yes, each player has their own song! But here’s the thing. It’s so fun, and so there’s so much energy, it’s easy to get distracted by the fans and miss an actual play. Haha. That’s because they don’t stop cheering and singing! They do it right through the game. I missed several hits because I was watching the fans and the cheerleaders and didn’t realize the next inning had started.

It ended up being a pretty close game in the end, which was great. Who likes being bored at a sports game? No boredom here. Plenty of runs, hits, home runs, music and cheering to keep us entertained. 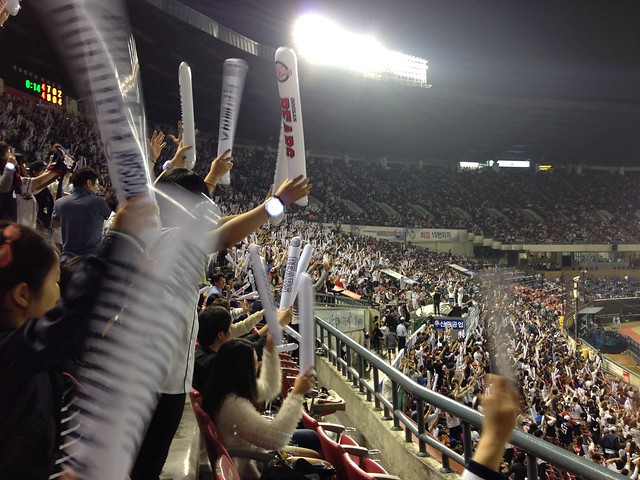 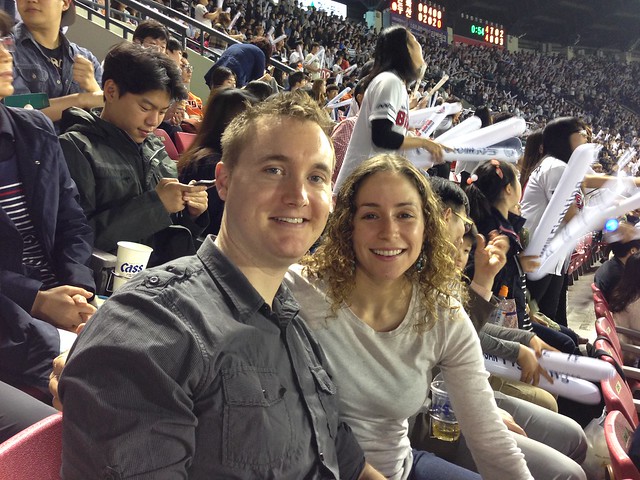 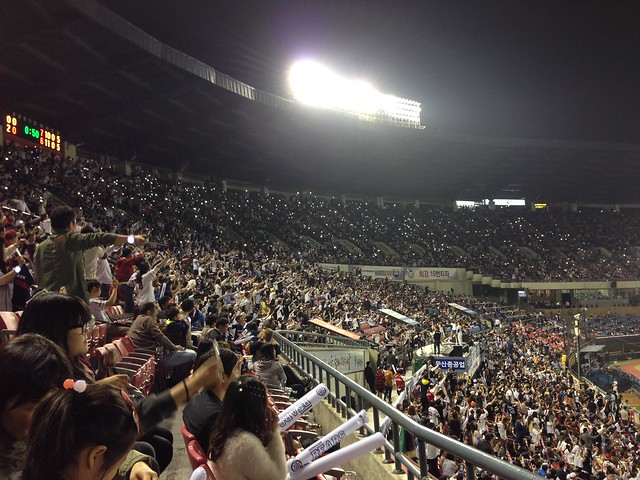 Here’s one last video for your enjoyment — you can see it was late in the game and they just kept going!