I read about the Banpo Bridge Rainbow Fountain months ago, when we first got to Seoul. Just hadn’t made my way out there. The same day we returned from Busan, we headed out in the evening to go see it. It’s located at the Banpodaegyo (Banpo) Bridge over the Han River, and it’s pretty much what it sounds like. A large fountain shooting out the side of the bridge with different colored lights. At night, the fountain moves and sways to the music.

I was surprised to see several food trucks in the little park area there when we arrived (I think they’re the only food trucks I’ve seen in Seoul), and there’s a small promenade where you can sit on the steps and enjoy the water and light “show.” Other than that, there’s not much else to see and do here. You can cross under the bridge and check out the cool-looking glass buildings that appeared in Avengers: Age of Ultron (remember the Korean scientist’s lab?), but there’s not much there, either, except for some cafes and shopping. Someone told us the buildings house event spaces? Not sure.

It was drizzling that night, but still enjoyable. 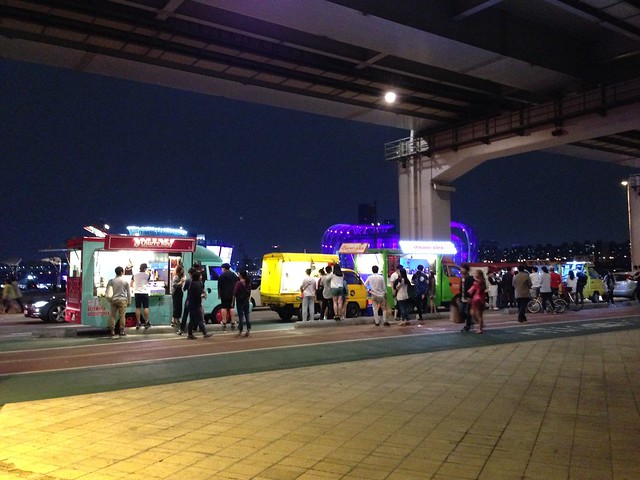 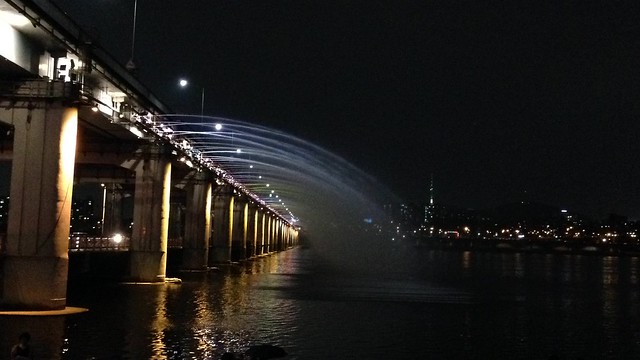 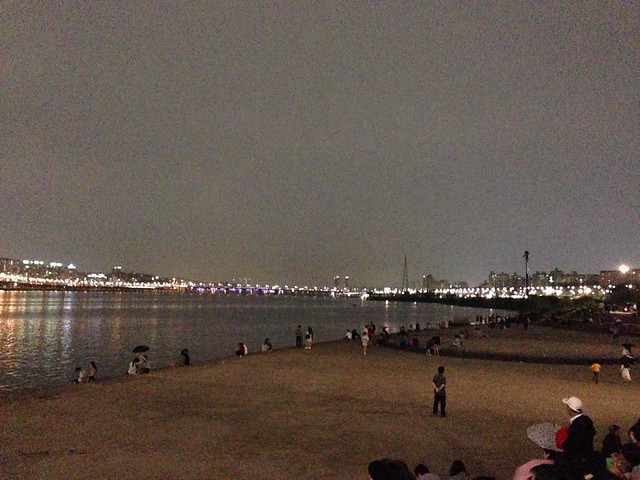 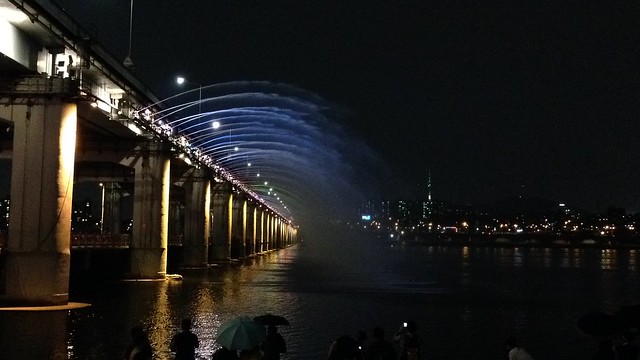 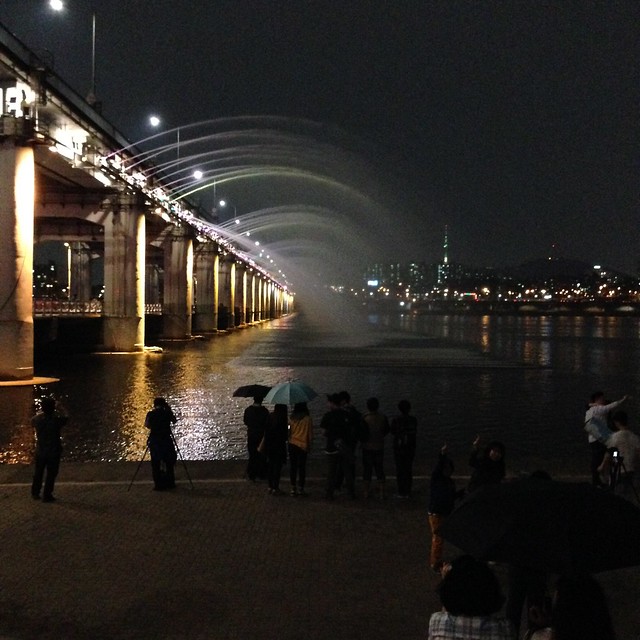 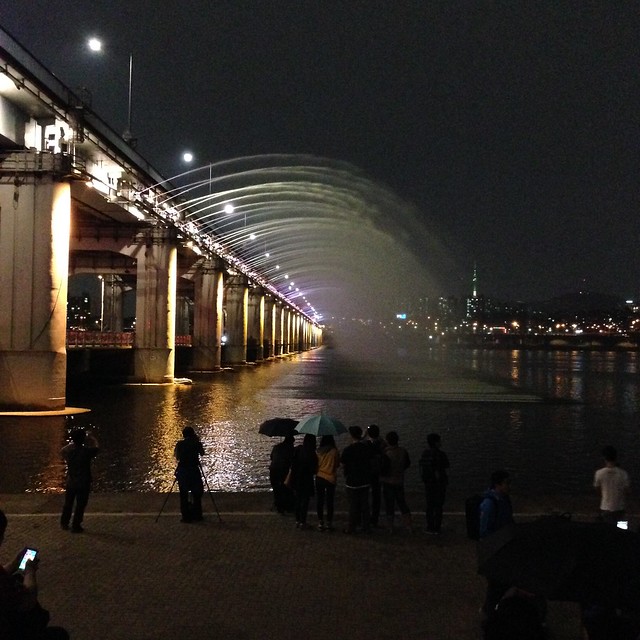 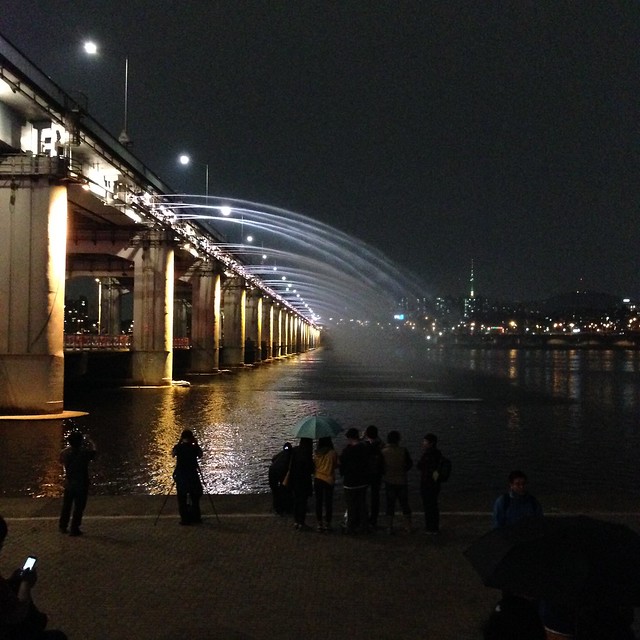 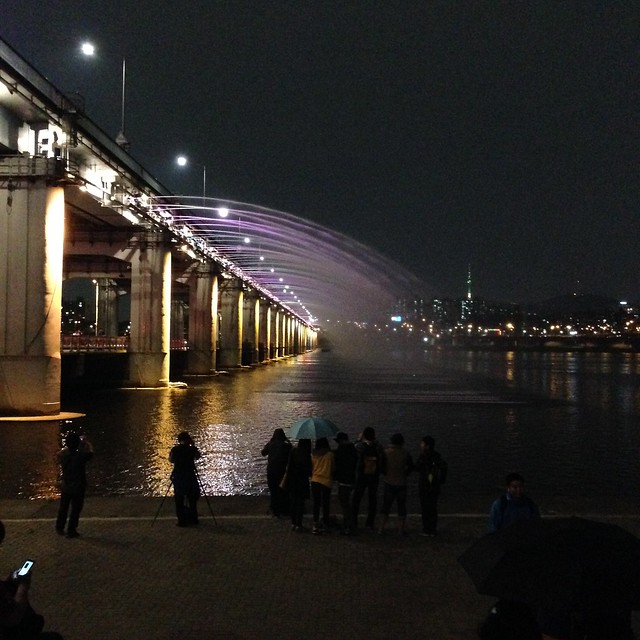 Oh, also, it’s right by the bridge, so naturally there’s some traffic noise to accompany the fountain music. 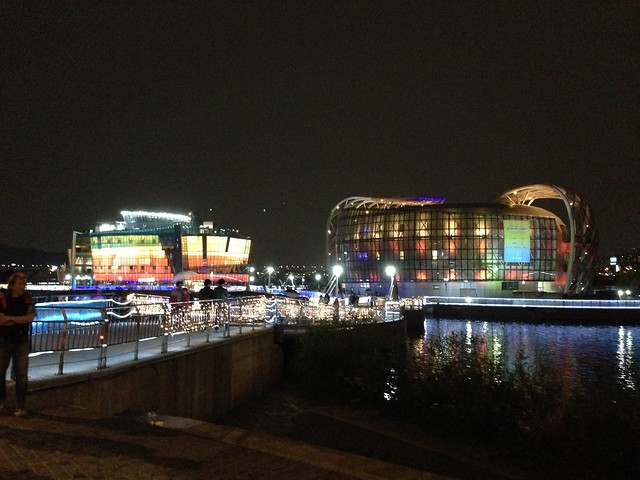